A little while ago I hinted at my next project, and included a picture of Mantic's logo. Well as it turns out I've gone whole hog on Kings of War, and from the title you might have guessed I've gone for an army of Basileans.

I'll admit though that I have had a bit of hobby ADD. While working on the mantic stuff I've been eyeing a few other game systems and ordered yet more models. The plight of a miniature wargamer. There simply isn't enough free time to enjoy all of the awesome stuff available.

But I digress. Here is the first step of project Basileans. 12 finished bases each complete with its own built in nerve counter disguised as tree trunks. I thought it was pretty clever. 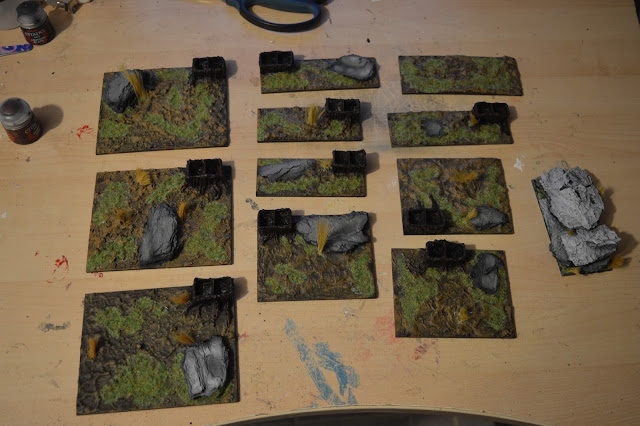 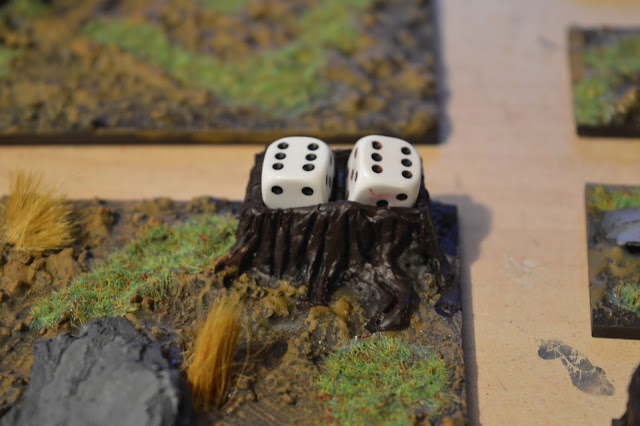 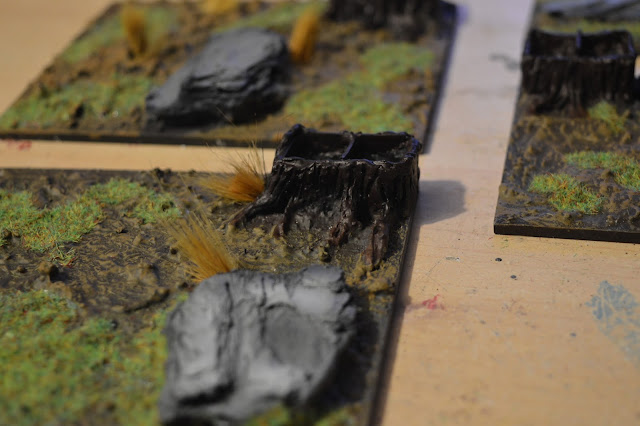 The bases were ordered to size from Broken Egg Games. Their website makes it uber easy to see which base sizes you will need for your specific Kings of War army. The stumps were made out of plasticard and green stuff. Rocks are just tree bark from outside and the dirt is plaster of paris mixed with some ballast.

Thanks for checking it out!
Posted by Hot Dice Miniatures at 17:45