After initially watching I didn't think much of it. As the day grew older though it made a habit of bubbling to the front my mind. After work I checked out a few review videos for Zombicide, and play-throughs. Needless to say it took me less than 24 hours to call my local hobby shop, and see if they had it in stock.

So a short break from my renegade project followed. This amazing box costs 100$ Canadian, and comes with 92 totally awesome minis. I've been hard at work painting the Zombie components of the box so that I can get to running some games with the old lady sooner rather than later. Here are the pics!

Here is the full zombie portion. There are another 12 unique survivor miniatures (value!) which also come with the set that you use to represent yourself on the game board. I should also mention that I purchased Zombicide: Rue Morgue. That's the third full stand-alone expansion. In total there are 5 expansions that can all be used in conjunction with each other all with their own awesome zombie figures.

The name of the game with these miniatures was speed. I wasn't trying to win any golden daemons with these, and I have to say that it was an absolute blast blowing through them. Sometimes taking your time on a single miniature can be rewarding, but there is something to be said for painting lots of sloppy, dirty zombies! 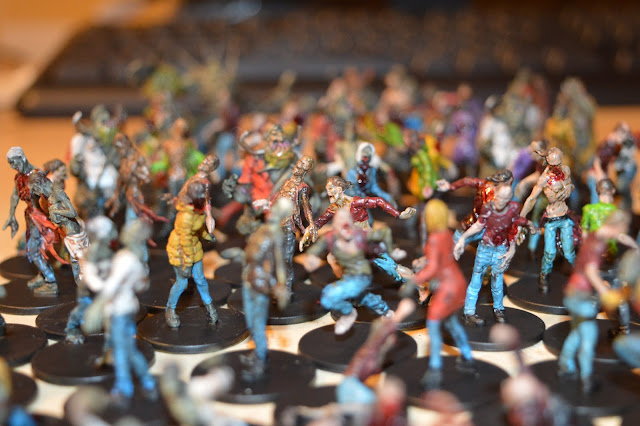 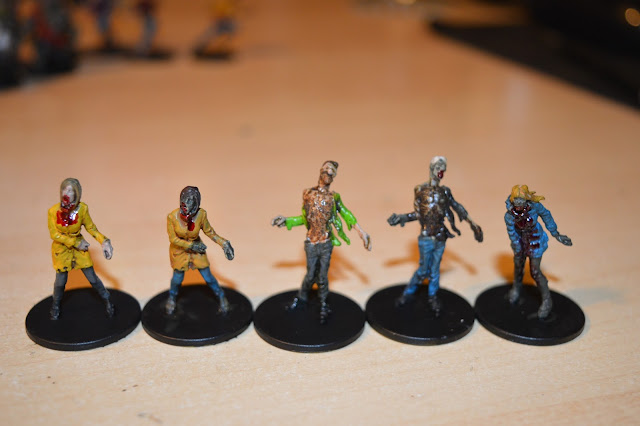 A selection of various walker zombies of the "skinner" variety. 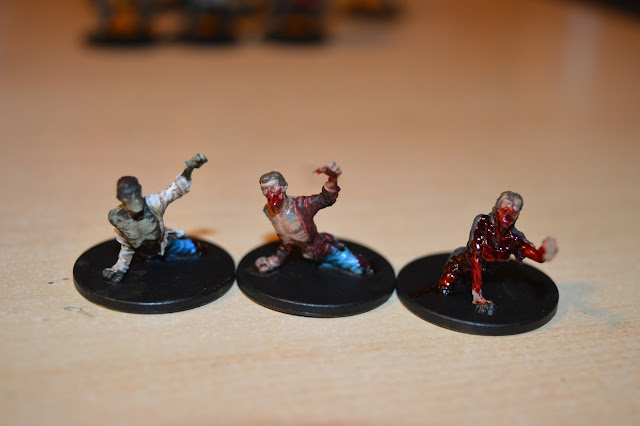 Crawler zombies! These guys are generated when your survivors attempt to kill walker zombies, but roll a 1 in addition to a successful attack. 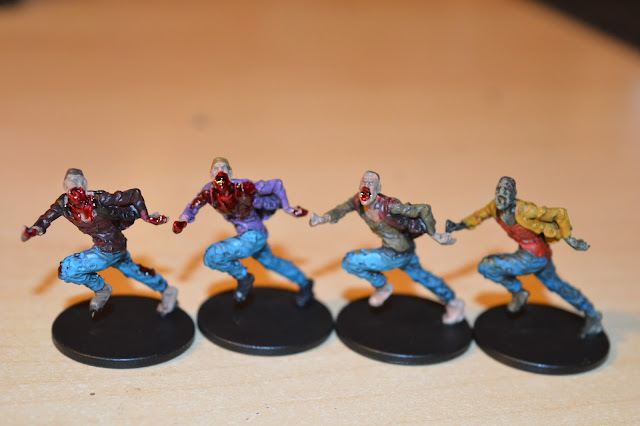 Runner zombies! These guys get an additional action per turn relative to the walkers. Nasty 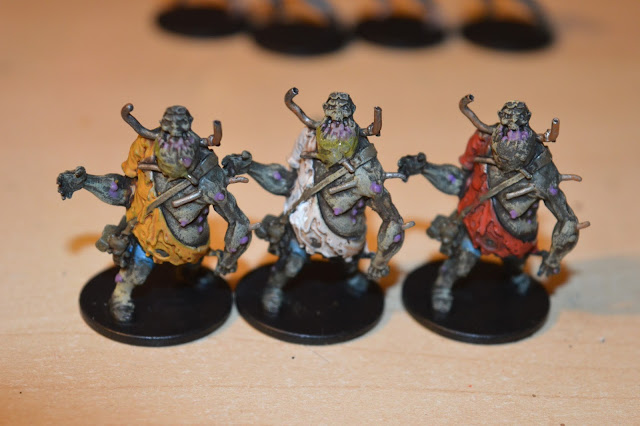 Fatties! These guys require specific weapons such as buzz-saws, and shotguns to kill due to their size. 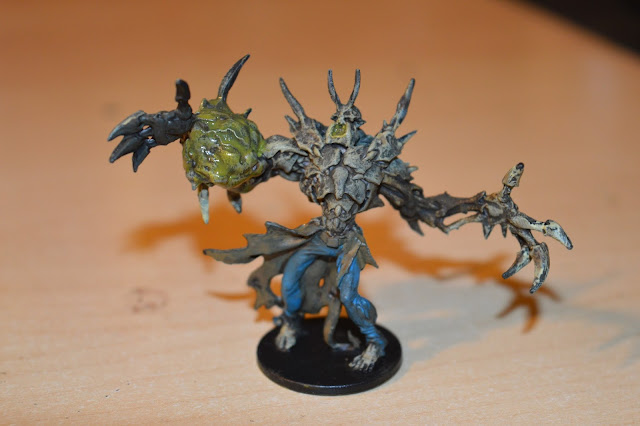 The A-Bomb Abomination! This guy can only be killed by one weapon in the game, and can pull survivors from tiles around him in.

Anyways that's all for now, on to the survivors! http://zombicide.com/en/

If any of you hobbyists are running out of podcast material, and are looking for something new to listen to then I highly recommend Kill Tony. It's a panel of comics (Host Tony Hinchcliffe) who critique up to 30 comics per episode who do exactly 1 minute of standup live infront of them. Hands down the most entertaining non-hobby podcast I've discovered in the last year. CHECK IT OUT! It's available on Itunes and Podcast Addict https://www.youtube.com/watch?v=AxMuyAN7UcY

Posted by Hot Dice Miniatures at 18:48