Yesterday was my better halve's birthday so it was an official no-toy-production day, but today is a new day!

On my last trip to Hairy Tarantula I was invited to an upcoming Heralds of Ruin kill-team campaign. Having quite the extensive Black Legion collection, and recently gobbling up the small warband games, I could hardly resist.

An hour of reading and re-reading the Chaos team-list revealed that team leaders could take a chaos hound as a piece of wargear. This lead to a painting spree this morning which ended in these evil space pooches: 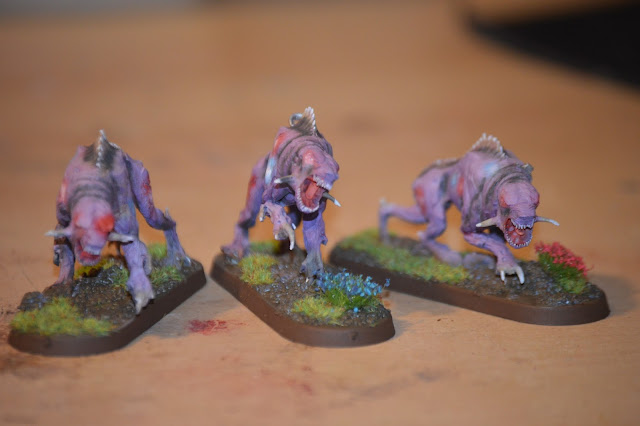 I'll freely admit that these guys were close to the bottom of my to-paint list. Having finished them now in just around 2 hours I don't know why I was avoiding them.

I think the purple pup will add a lot of needed colour to my nearly all-black kill team. I attempted some glow effects, as if warp energy was coalescing just below their skin. I'm not 100% on how I feel about it. At a glance it's a nice effect, but after some inspection I don't feel like it's technically well done. What do you think? 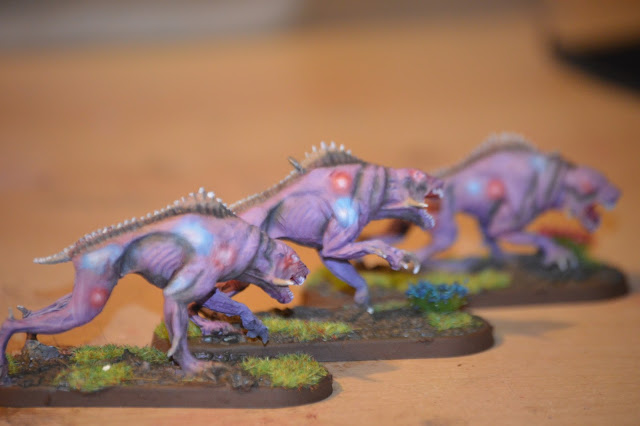 However the production didn't burn out there. I did a real dirty job on the remaining "familiars" I received from the D&D guy way back. They're nothing special; I just attacked them to shrink the size of the monkey on my back. 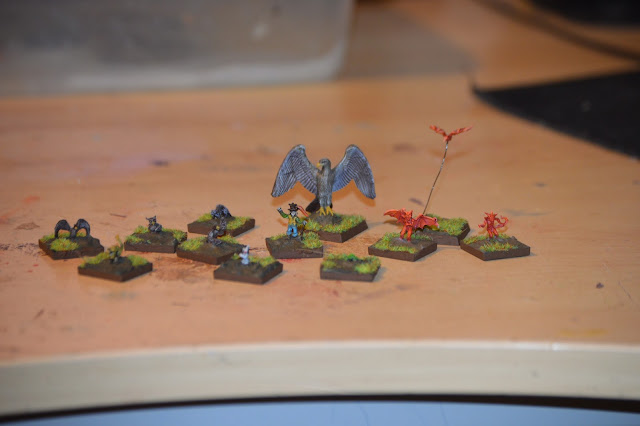 Posted by Hot Dice Miniatures at 16:31