I challenged a local player at the club to a 1500pts 40k no-holds-barred throw-down. He mentioned preparing for an up-coming tournament that he wanted to take his sisters to. 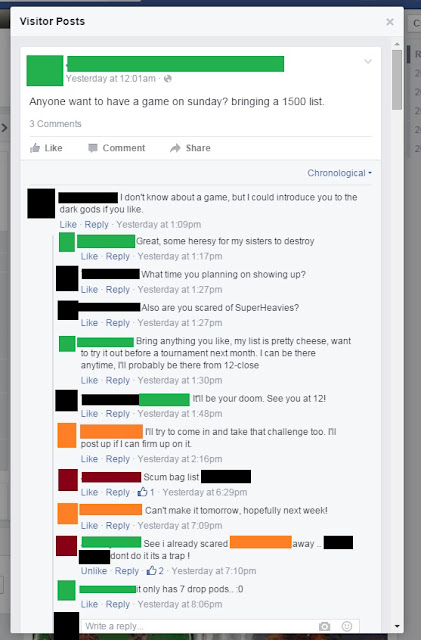 Huh, darn... A scum bag list you say? I can hardly deal with balanced lists as it is. SEVEN drop pods you say?

Fast-forward to game day. We're playing the relic. This is what my plan ended up looking like in action:

The army list is essentially a Fell Blade accompanied by 50 cultists, and 20 Chaos Space marines w/ a Lord. His entire army started in reserve. I elected to take the first turn in hopes of increasing the size of my bubble wrap. 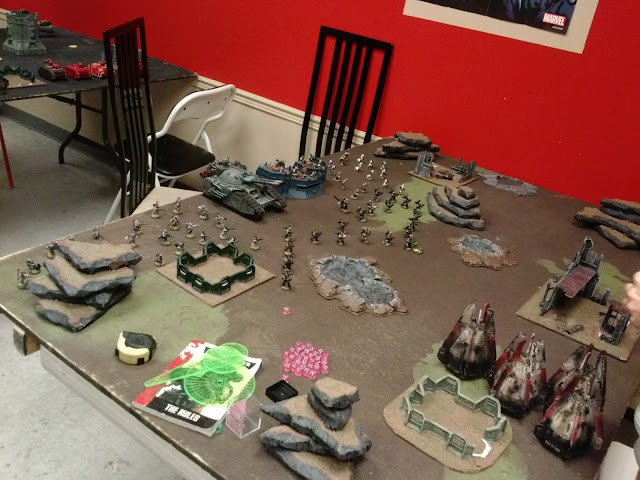 Bottom of turn one. Now my opponent is determining which drop pods to place where. Decisions decisions... 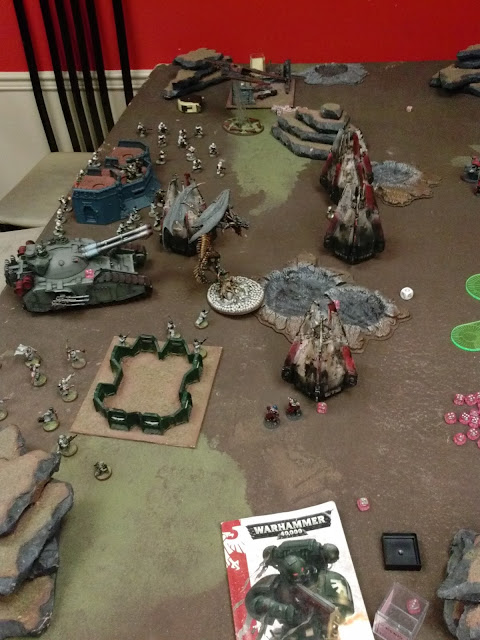 He is feeling bold. Three pods wrap the exterior of my force blocking it from the relic, and another drops in between the marine squad and the super-heavy. Five sisters w/ 4 meltas jump out of the daring pod and inflict two points of hull damage on the behemoth. Another squad births three centurions with a Librarian and they proceed to erase most of my 20-man CSM unit.

On my turn both my Helldrake and Hell Talon show up from reserves dealing death to the ladies. 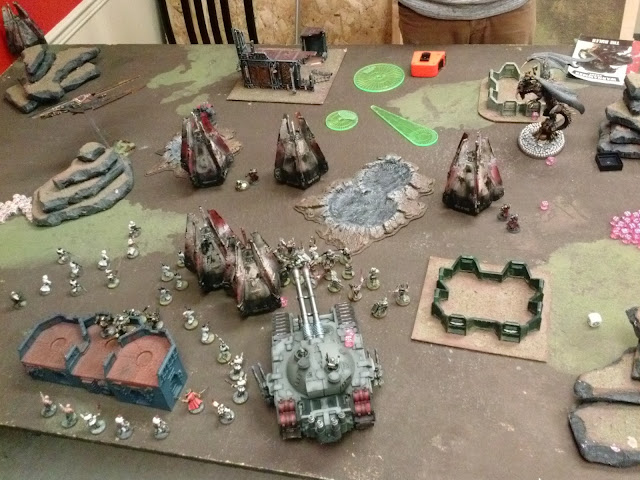 More pods drop down on his turn (one of them mishaps off the table, and I place it in the top left corner) and he manages to bring the hullpoint damage total up to 8. 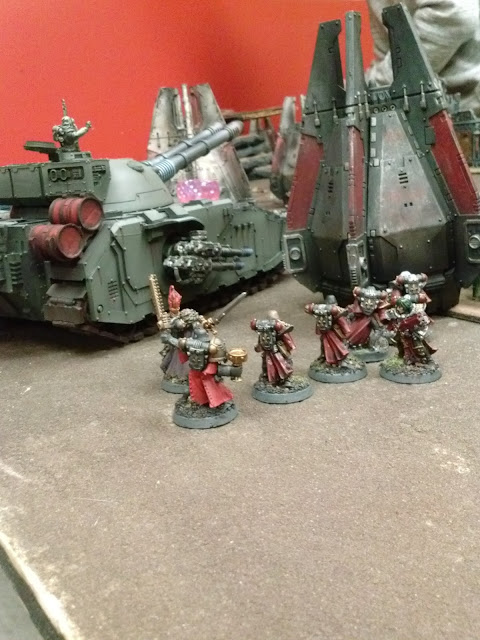 His HQ unit arrives on turn 4 and put the finishing touches on my poor thunder-machine. 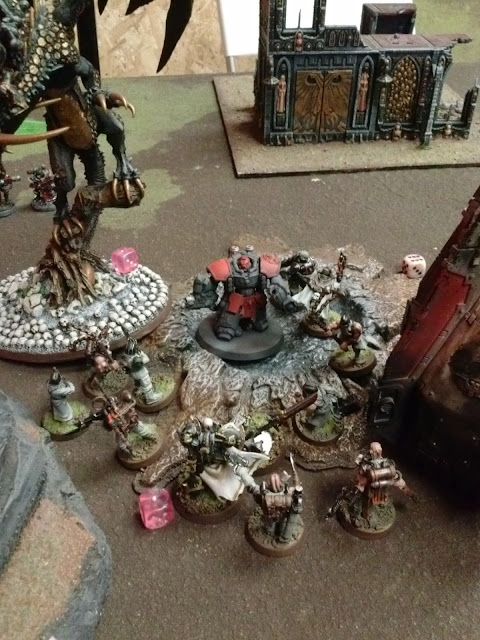 The game ends with a mad dash for the relic in the center. This lone centurion climbs out of a crater in which the rest of his squad was mulched. The match ends on turn 6 with the relic unclaimed (at my warlords feet). I achieve Slay the Warlord for one point, while my opponent manages First Blood (Fellblade) and Line Breaker for a one point lead.

It was a super-fun match, and spoke volumes about how fun miniature-gaming can be with the right people.
Posted by Hot Dice Miniatures at 21:04